Skip to content
Watch video online
Functional Electrical Therapy (FET) is a protocol of integrating electrical stimulation (ES) of muscles responsible for cyclic and goal-oriented movements into the targeted exercise of functional tasks. The FET is a therapeutic modality to improve the physical ability of persons with upper or lower extremities sensory-motor impairment due to a central nervous system lesion. FET allows patients to train performing functional movements and learn new strategies of optimal use of preserved sensory-motor mechanism. This training could be understood as the process of recalibration of the natural control system. FET is a promising modality for activity dependent neurorehabilitatiom. FET protocol comprises the following steps: 1) imposing ES on neural pathways based on a voluntary command, 2) using a stimulation pattern that mimics natural flow of neural activities to the impaired limb, 3) generating the missing components of a functional movement in parallel with the volitional exercising of the same functional movement, 4) enhancing the afferent input by ES in time synchrony with the biological afferent activity caused by the functional movement of the limb. The webinar provides some critical aspects of (i) stimulation protocols including parameter choice and examples for FES assisted biking, (ii) stimulation protocols including parameter choice and examples for FES assisted rowing, (iii) standing and gait. Examples of clinical practice will illustrate capabilities and challenges of successful FET.
2021-06-08T13:00:00Z
2021-06-08T14:30:00Z
— 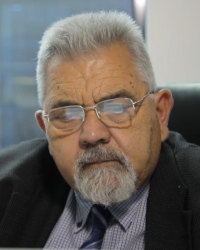 Dejan B. Popović, Ph.D, Dr. Tec, is a member of the Serbian Academy of Sciences and Arts, Belgrade, Serbia; corresponding (foreign) member of the Slovenian Academy of Sciences and Arts, Ljubljana, Slovenia; member of the Academy of Engineering Sciences (AINS), Belgrade, Serbia; and Professor Emeritus at Aalborg University, Aalborg, Denmark. His professional life is linked to the Faculty of Electrical Engineering, University of Belgrade which he joined in 1974. He published 3 books, 130 journal publications, 34 book chapters, 9 textbooks, conference papers, and eight patents. The Google Scholar data shows more than 8100 citations, and h=48. He was project leader or participant on several NIH, NSF, NIDRR, NSERC projects. He participated in the development of several startups in Denmark and Serbia. The main results of the research are instruments and assistive devices that are used for the rehabilitation of persons with motor disability. He was/is the Associate editor of IEEE Trans on Neural Systems and Rehabilitation Engineering; Medical & Biological Engineering & Computing and member of the review boards of Medical Engineering and Physics and J Neuromodulation. He is the Editor of Journal of Automatic Control, University of Belgrade, since 1989. He was the Chair or member of the scientific committees at more than 80 international and national meetings. He is the Founding member of the International Functional Electrical Stimulation Society (IFESS); Fellow and Founding member of the European Alliance for Medical and Biological Engineering (EAMBES), President of the Serbian Society for Electronics, Telecommunications, Computing, Automatics and Nuclear Engineering (ETRAN). 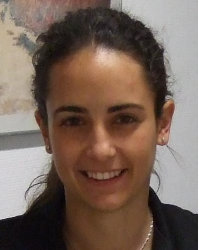 Dr. Lana Popovic Maneski was born in Belgrade, Serbia in 1983. She received 5-year Dipl. Eng. degree in 2007 and Ph.D. degree in biomedical engineering in 2011 from the University of Belgrade, School of Electrical Engineering on the topic of closed-loop upper-extremity tremor suppression with functional electrical stimulation.  Based on Google Scholar database she has 48 publications, cited over 800 times, h = 14 (accessed on March 1 2021). She published three text books. She holds one patent and two more patent applications are pending. She participated in several EU projects. In 2018 she was the visiting adjunct professor of ENS, Lyon. In 2017 she started the company 3F – Fit Fabricando Faber (https://www.3-x-f.com/) that developed pacemakers for movement. She received the award from the Innovation fund of Serbia, the award for the best technological innovation from the Ministry of Education, Science and Technological development and the ENEKA award, all in 2018. She is a reviewer of Electrical & Computer Engineering, Biom. Sign. Proc. & Control, IEEE sensors, IEEE TNSRE, Robotics and Autonomous Systems, PLOS ONE. 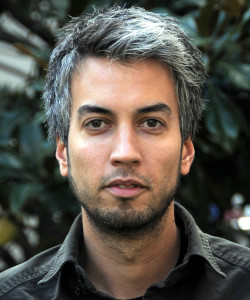 Dr. Anil Aksoz holds BSc and MSc degrees in Mechanical Engineering and Mechatronics from Baskent University. In 2010 he joined Prof. Dr. Kenneth Hunts team in Switzerland, Institute for Rehabilitation and Performance Technology (IRPT), in Bern University of Applied Sciences where he focused in FES cycling systems. He received his PhD degree in 2018 from ETH Zurich, Sensory Motor Systems Lab with his doctoral thesis titled “Optimising Performance in Paraplegic FES-​Cycling by Modulating Stimulation Parameters”. He worked with Prof. Vance Bergeron in ENS de Lyon as Postdoctoral Researcher and since April 2020, he continues his research in University of Bern, ARTORG Center for Biomedical Engineering Research, Motor Learning and Neurorehabilitation Laboratory with Prof. Dr. Laura Marchal-Crespo.

Download iCalendar entry for this event. iCalendar feed for this event.
We use cookies on our website to give you the most relevant experience by remembering your preferences and repeat visits. By clicking “Accept All”, you consent to the use of ALL the cookies. However, you may visit "Cookie Settings" to provide a controlled consent.
Cookie SettingsAccept All
Manage consent