Skip to content
Watch video online
Electrical stimulation of sacral nerves is able to restore emptying of the bladder and bowel following spinal cord injury, removing the need for catheterisation. The technique is known as sacral anterior root stimulation, or the Brindley procedure. Since being developed by Professor Giles Brindley and team in the 1970s it has been commercially available for surgeons and patients from Finetech Medical and used worldwide in over 3000 patients. Many patients continue to benefit from the device, some now reaching 40 years since implantation, but it has not been widely implanted in the UK for over 15 years. Since 2020 there has been a renewed effort to offer this service to people living with spinal cord injury in the UK. In this seminar you will hear from two surgeons who are restarting the service in the UK, a long-term user of sacral anterior root stimulation who has led a fascinating life with a spinal cord injury and an academic researcher working closely with Finetech Medical and the clinical teams to reinvigorate this therapy. There will be a panel discussion at the end of the talk where we will take questions and hear from other specialists. Sir Philip Craven MBE had the Finetech-Brindley system implanted at Southport spinal injuries unit in January 1991. "The system eradicated UTIs which permitted me to travel all over the world developing the sport of wheelchair basketball as the founding President of IWBF. From 2001 I was elected President of the International Paralympic Committee and remained until 2017. Since 2018 I have been a Board member of the Toyota Motor Corporation in Japan. I shall give examples of how the Finetech-Brindley System has permitted me to develop my career and family life. Without it none of it would have been possible."

This joint workshop was presented in collaboration with the Spinal Injuries Association. 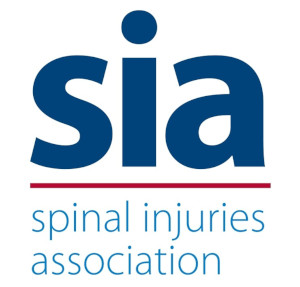 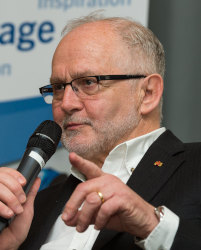 Sir Philip Craven has had a long and successful career following his spinal cord injury as a Paralympic wheelchair basketball player and sports administrator. First serving as world wheelchair basketball president and between 2001 and 2017 he was the second president of the International Paralympic Committee (IPC). Since retiring as IPC president Sir Philip has sat on the board of the Toyota Corporation in Japan. Sir Philip has used a Finetech-Brindley system for over 30 years and lived with a spinal cord injury for over 50 years. 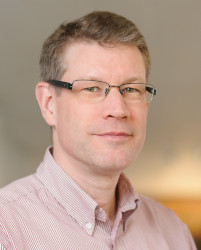 Dr. Alex Green studied medicine at University College London qualifying MB BS in 1997. He obtained a first class honours in Neurosciences (intercalated) in 1994. After house jobs and a basic surgical rotation in the West Midlands, he entered Neurosurgical training in London then Oxford from 2002-2009. He completed a MD degree in Oxford in the role of the periaqueductal grey area in autonomic control during this time. He became a consultant neurosurgeon in 2009. He is currently president of the British Society for Stereotactic and Functional Neurosurgery (BSSFN). 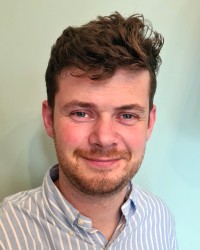 Dr. Sean Doherty's research interests are in the restoration of function, or alleviation of symptoms, following Spinal Cord Injury. He particularly focuses on bladder and bowel dysfunction and the use of non-invasive electrical stimulation systems. Further to this he is interested in the development of devices for the measurement of bladder activity and in the translation of our work into available medical devices. His current research aim is to develop a method of restoring control over urinary and faecal continence following Spinal Cord Injury. Dr. Doherty has an academic background as Doctor of Philosophy (2019, University College London) and Master of Engineering (Honours) from Cardiff University (2015).

Ms Deepti Bhargava is a Consultant Neurosurgeon at the Walton Centre NHS Foundation Trust, Liverpool. She has successfully restored a clinical service for this device since 2020 which she is continuing to develop.

Who is it for?

This webinar will be of particular interest to the UK SCI community, including those living with a spinal cord injury and healthcare professionals involved in their care. Prior knowledge of electrical stimulation or the scientific background is not required.

See below for some of the current guidelines for selection of patients for sacral anterior root stimulation. Eligibility, risks, advantages and disadvantages will be further discussed during the webinar with the opportunity for questions.

When
February 8th, 2022 6:00 PM through  7:30 PM
Event Fee
Watch video online
Download iCalendar entry for this event. iCalendar feed for this event.
We use cookies on our website to give you the most relevant experience by remembering your preferences and repeat visits. By clicking “Accept All”, you consent to the use of ALL the cookies. However, you may visit "Cookie Settings" to provide a controlled consent.
Cookie SettingsAccept All
Manage consent